This page is still being updated.

Housing development in Culbokie is being guided by the Inner Moray Firth Local Development Plan (IMFLDP) which was adopted in 2016 and can be downloaded here and the map is shown below in the Gallery. The full details for Culbokie start on page 137.

In the Gallery below we show the Ross & Cromarty East Local Plan Consultative Draft published in June 2002 and for comparison purposes the Adopted Plan in February 2007 which can be downloaded from here. The plan for Culbokie is shown on page 20 and, unfortunately, it is displayed upside down!

A public enquiry was held following representations made by the Ferintosh Community Council and residents which was published in June/July 2005 and is useful for further research.

Referring to the 2016 Plan in the Gallery it can be seen that there are still sites available for housing development. CU1 is now underway with Tulloch (30 proposed houses), CU2 - The Cairns extension also underway (4 houses), CU3 north of Carn Mor Dun (4 houses), CU4 north of Solus Or (50 houses - two separate owners with the northern half having to be provided with an access road), CU5 the CCT site, CU6 the central part of the "dumbell" (15 houses), CU7 Fowlers Croft, Raven Croft plus remaining strip next to Glentyan (22 houses) and CU8 between Church and Findon Hall (6 houses). Full descriptions can be found in the Gallery.

We would welcome any anecdotes from residents that contribute to the recording of the history of these developments.

Schoolcroft. The history of the development of Schoolcroft which commenced in 1974 can be found here.

Fowler's Croft (2019) (Unfortunately The Highland Council would not allow the Community Council to recommend the use of the apostrophe as they claimed there was a problem creating the signage.) 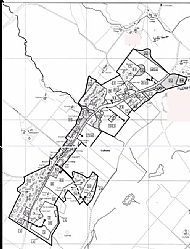 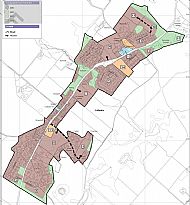 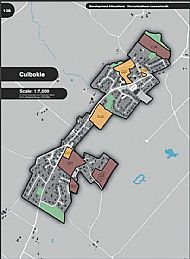 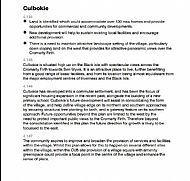 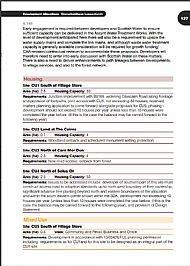