Rather than re-inventing the wheel this page has been set up to assist those seeking information and offering them pointers to established sources.

Ross and Cromarty Heritage site - The Burn of Ferintosh.

A fascinating blog created by David Holroyd giving details of his ancestry. This link takes you directly to three chapters relating to the Ferintosh Burn. However it is well worth exploring further by accessing the menu and reading the history of James Ross 1827 - 1894. Part 1 which explains the connection with Ferintosh. An ancestor Alexander Ross 1836 - 1902 is described as having "eventually settled in Ferintosh where he was the schoolmaster. Died in Conon Bridge."

Photographs of the preaching site - Urquhart (Ferintosh) & Resolis Free Church. Unfortunately this link is broken and unlikely to be reinstated.

"Ferintosh" - a chapter prepared by Ken Mackinnon who has been very useful in providing us with information regarding the translation of Gaelic place names.

Photograph - "Outdoor Preaching at Ferintosh Burn." - posted as part of the Geograph repository of photographs.

A duplication of the above photograph - the page offers a selection of links plus map  and photographs of the surrounding area.

"A walk in the Drummondreach Oakwood."  - yet another view of this fascinating site of local history.

Monument record "1843 Meeting Site, Drummondreach" - two photographs; the one with the 3 ministers officiating are Rev. Clifford Kelly, Conon Bridge, Rev. Alister Maclennan, Urquhart and Rev. Dr. Young, retired minister of Urquhart. He instigated a clearance of the site in the 1970s with the help of the Kinkell Youth Club and other volunteers.

Twelve sites were identified with number 6 being of interest to this chapter.

Objectives
The author was commissioned by Halcrow Group Ltd to conduct an archaeological
desktop survey of the route of a water mains pipeline along the B9163 road from
Corntown to Urquhart in Easter Ross and part of the adjacent area with a 12 metre
wide way-leave. This desktop to follow those guidelines as proposed by the
Institute of Field Archaeologists. (IFA, 1999)
Desktop Results
A desktop survey was conducted using the following sources:
- Highland Council Sites and Monuments Record;
- National Monuments Record of Scotland, Edinburgh;
- Ordnance Survey Maps;
- Highland Council Archives
6 – NH 5800/5770 – Drummondreach – Preaching site
Also named Ferintosh Burn. Recorded in HSMR (NH55NE 78) and the NMRS (NH55NE
33) as to be an open bowl shaped area used as a place of worship prior to and following
the disruption of the church in 1843. Small service dwelling here was used by the minister
for preparation before a service. A one-off revival service was conducted here in 1990.

The occasion of the visit of the Moderator in July 1995 was too good an opportunity to miss to organise a service at the Ferintosh Burn. Unfortunately Jack Sinclair was likely to miss this red-letter day for him because reduced mobility meant he wouldn't have been able to negotiate the uneven path leading to the site. Knowing that we had access to a wheelchair that had been provided for community use Jack was collected and settled into the wheelchair with much trepidation on his behalf and much amusement on behalf of onlookers - but it achieved its purpose. If only there were photographs to support this story.

Our thanks to Mairi Wallace (MW) for making available press cuttings and photographs as identified in the Gallery.

Ferintosh Burn - Page 24 of the booklet (for explanation of "booklet" and "Gleanings" click here) - MacDonald was a powerful preacher, and at his first communion service at the Ferintosh Burn in 1814, shortly after his wife’s death, ten thousand people are said to have gathered, and his sermon on “I will betroth thee unto me for ever” brought a deep awakening.

Page 25 - Whatever the spiritual state of the congregation may have been in 1843 there is no doubt that the vast majority showed their loyalty to MacDonald’s ecclesiastical principles. Some twelve hundred members and adherents left what MacDonald described as “a Christ-denying, God-dishonouring and soul-destroying church”, and worshipped in the open air at the Ferintosh Burn until a new church had been erected.

Page 31 - Under Charles Calder the place for communion came to be the natural amphitheatre beside
the Ferintosh Burn. We do not know when the use of this place was begun, but it may well have been after the building of the present church in 1795. John Macdonald continued to use “the Burn”, and after the Disruption the Free Church went on holding communions there till the practice was discontinued in the late 1950s.

Page 31 footnote - The use of the Burn predates both 1843 and MacDonald. The name ‘Sacrament Burn’ links it to communion services rather than regular Free Church worship.

Dr. John MacDonald showed his own “combative disposition” when he came out at the Disruption in 1843 and preached a sermon in which he said: “The Church of Scotland, as now constituted, is a Christ-denying, God-dishonouring and soul-destroying church.” “After the Disruption”, writes Kennedy, “he cheerfully forsook the old manse, and retired to a small cottage in its vicinity. He flitted again to a larger but not more comfortable house, and a third time to the Free Church Manse, where he spent the home [sic] share of the last three years of his life. During the erection of a new church, he preached in ‘the burn’, long celebrated as the place of the great communion gatherings.  It was there he preached on the first Sabbath after his return from the Disruption Assembly.”

Donated from the Manse 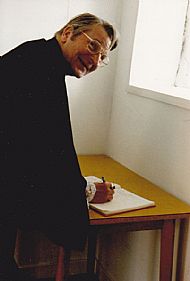 The Moderator returning to Urquhart Church following the service. 1989

1990 Rev. Grahame Henderson led the praise. Folk came from as far afield as Glen Urquhart, Kiltarlity, Inverness and Gairloch. The last service before this was in Gaelic in 1962. From the personal collection of the webmaster. 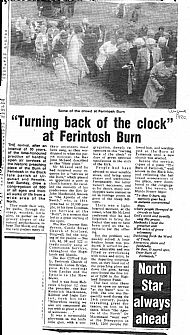 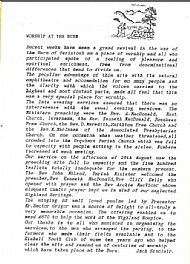 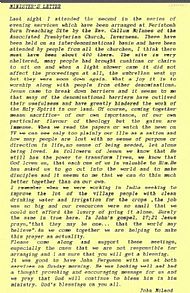 Written in 1992 - courtesy of Alastair and Maureen Rose 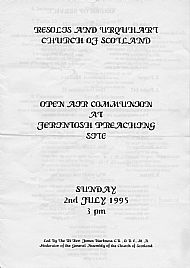 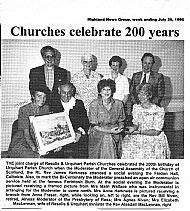 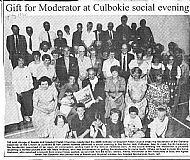 The Ferintosh Environmental Group on a dawn chorus walk as part of the Bird Survey. 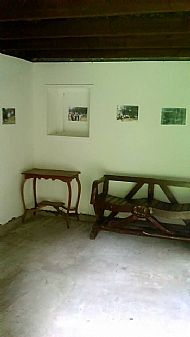 June 2016 - not everyone appreciates historical artifacts! 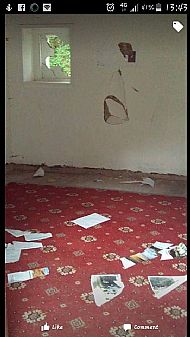