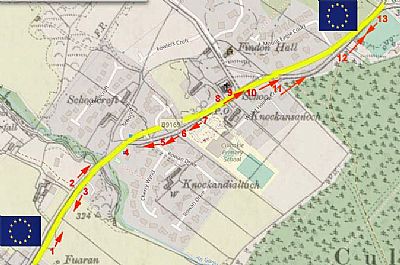 The changes to this section of the road are a slight puzzle as in 1977 there was a proposal to install a 40mph zone for the whole village, implying that average speeds were too high for safety. November 2022 Evidence from one of the newly added final photos in the Gallery below shows that the speed limit was installed. Al, in and around locations 9, 10 and 11. 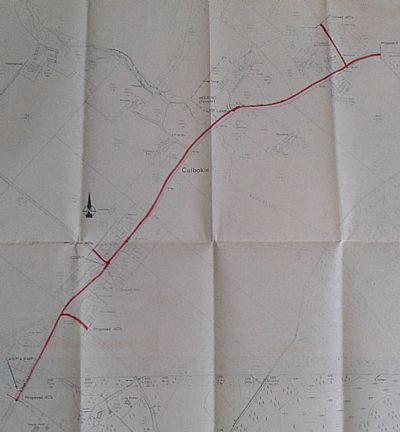 However by 1989, with what can only be assumed a 30mph limit imposed an approach had been made for EU funding re-align the road with the likelihood that speeds would be likely to increase.

Road works commenced in 1989 and were completed in September 1990. The photographs were made available by Angus Bethune whose family home at Glentyan (location 8 above) was influenced by the re-alignment.

The increase in speeds materialised which resulted in the chicane in the centre of the section, viewpoint 1 which was installed pre 2016. Considerable work was being carried out by the Culbokie Community Trust in collaboration with the Ferintosh Community Council on further improvements to safety which resulted in volunteers carrying out a project "Speedwatch". Issue 36 February 2015 of the Noticeboard  (page 4) contains the story of its setting up and Issue 46 (page 4) presents the situation 2 years later. The majority of the observations were carried out here as cars entering the village from the A9 were more liable to be speeding. 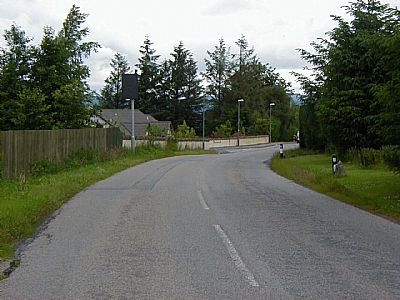 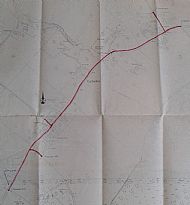 Viewpoint 1 - Looking towards Schoolcroft from the entrance to St Martins.
For many years the yellow square on the post showed the EU symbol indicating financial support. The chichane was installed pre 2016.

Viewpoint 2 - looking towards Schoolcroft from the entrance to Culbokie East farm. June 1989

Early 1990 The next image shows what happened to the garden ground of the house, Garth, in the left background

Looking towards the entrance to Schoolcroft standing on the bridge over the Tinker's Burn.

Viewpoint 4 - looking from Rowan Drive, Ferindonald towards the school

View from the school entrance looking towards Rowan Drive along the line of the old road, now a footpath. December 2021

Completion September 1990 - as always the line of the fence gives away the original line of the road. Viewed from the remnant of the old road which still exists.

Viewpoint 6 - looking west from what is now the school entrance towards Rowan Drive. Mid- 1989

Part of this surface remains as the footpath featured in view 4 and shows what became of the area covered in daffodils in Spring. Mid 1990

Viewpoint 7 - the entrance to Glentyan - ultimately the view to the left will become the pedestrain entrance to the [new] school. Mid 1989

Viewpoint 8 - entrance to Glentyan - eventually to become the vehicle access to the James Dingwall yard. October 1989

Construction of the retaining wall to accomodate the widening of the road. Early 1990

The gate was soon closed.
It was possibly moved to where the board is propped against the wall. Eventually this was closed and a new one created when the school was converted into the church. September 1990

Viewpoint 10 - standing where the gate down to the Sharing Shed is now located. Wood Holme Croft was to be developed on the immediate right on top of the bank. March 1990

In the middle distance at what was to become the entrance to Wood Holme Croft the old road took a sharp turn to the right and then left to eventually become house sites. September 1990

Viewpoint 11 from the entrance to Wood Holme Croft. May 2021

Evidence of the old road markings below the excavator. May 2021

Viewpoint 13 - looking back to Wood Holme Croft from corner of sports ground. 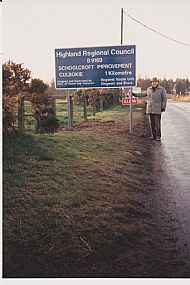 Does anyone recognise this location? The buildings in the background are confusing.

Evidence of the 40mph proposal having gone ahead.

Woodholme on the left and Church on the right.