"I have posted your request for information onto the web site in the hope that someone more knowledgeable than me will respond.

"For your first question - have you studied the book "Place-Names of Ross and Cromarty" by William James Watson? If not then it is well-worth studying, an online copy is available.Unfortunately there are no maps. "Urquhart" is a significant area as you have possibly discovered and I wondered if from the census records you could discover what were the previous and next geographical areas referred to and this would help to home in to your area.

"For your second question the chances are that their accommodation would be similar to any of the old photographs we have on the website. The walls will have been properly built of stone and the roof slated. The floor is more than likely to have been hard packed, smooth earth. Part of our ground-floor is covered by timber joists laid on their side supported on slates to isolate them from dampness and then floorboards. When part of this timber floor wore out it was covered in concrete and I was talking to a neighbour this morning whose entire floor had been replaced with concrete. We have not discovered if any attempt was made to provide a damp-proof layer but in the 48 years we have been here there has been no sign of dampness penetrating into the kitchen and affecting the cork and or vinyl tiles.

"Third question. The area around Culbokie through to Kinkell and to the A835 was made up of 2 Estates. Here in Culbokie the Estate was under the control of the MacKenzies until the 1920s when financial difficulties forced them to abandon the Estate and it was sub-divided into separate crofts for the sitting tenants which was the case for us here at Findon Mill. (At 48 years we are the longest owners of the house by a factor of 6!) The boundary between the 2 Estates is basically the line of the A9 with Forbes of the Ryefield Estate still in control of all the properties held by the tenants. So Roderick Mackenzie and Margaret Urquhart would have been tenants.

"Fourth question. I doubt that there was a significant event as, from what I have read, there was always emigration taking place. At one stage a local landowner attempted to prohibit his tenants from leaving!

"Fifth question - connection between the Mackenzies and Chisholms. This is the hardest one and beyond my skills and knowledge, but if we are extremely lucky there might be someone out there with specialist knowledge who can help you.

"We make a lot of use of old ordnance survey maps as you will see on the first slide of the 'drive through' and this link might work https://maps.nls.uk/geo/explore/side-by-side/#zoom=16&lat=57.6003&lon=-4.3426&layers=168&right=BingHyb and you can select which scale of map you use BUT you have to change sheets once you hit the boundary! However this site, new to me, is excellent and is seamless but is only for the Ordnance Survey 6 inch to 1 mile Old Map (1888-1913) http://www.archiuk.com/cgi-bin/build_nls_historic_map.pl?search_location=Inverness%2C%20Highland&latitude=57.475391&longitude=-4.236232&fbclid=IwAR2LkbwbLxFNjCqmzhHWcpBzDt6cdx7WchILJDMMB1jSjJ_u5j0SB5FxsOo

"If you are able to get further with your researches we would be delighted to publish them along with the family stories. Hope this helps."

"Thank you so very much, for taking the time to reply to my email.

"The census’ that I have access to, via Ancestry, are only a summary of the details, not the actual record, so don’t run together, as others that I have seen. But I’ll keep delving.

"I’ll work through the links that you have sent and get a better “feel” for the area.

"It may be of interest to know that “My” Roderick ended his days in Detroit, Michigan, in 1899. He was, by this time, a Real Estate agent. He had remarried in Detroit, in 1878, to a younger widow, Margaret Whyte, also originally from Scotland. They had two daughters, Margaret and Prudence.

"Margaret was a soprano singer, of traditional Scottish songs, of some renown, both in Detroit and later in New York.

A larger image can be viewed in the Gallery at the foot of the page. Along with press cuttings of her performances.

"The music company that she performed with, was led by a Chisholm ( that name again), but could be a coincidence.

"In the picture of the young farmers, from the website, the curly haired Mackenzie girl, second row from the back, has the look of a number of my cousins, at that age. So it must be this family line, where we must get our good looks from.

"Background to research. I make significant use of various public family tree resources on Ancestry. After submitting a DNA sample Ancestry came back with matches and it was through this that I found that Barry Smith had a direct line to Roderick [Junior] and he is one generation closer to Roderick [Junior]. (See Gallery below) It is through Barry that we have the records of Margaret, the singer. (See Gallery below.) It is unfortunate that the Ancestry census records are only a summary of the the actual record and so don't run together. John Rowan.

There is a reference to “Newton” on the Ancestry record image but there is no reference to “Newton” in Watson’s book for this area. When we moved to the Black Isle in 1973 we lived in Easter Kinkell and learnt of the community of Bishop Kinkell (Watson pp114, 115) and Watson claims that there are only 2 Kinkells. But, between the two on the Ordnance Survey map, grid squares 5652 and 5653 there are references to "Newton Of Kinkell" and "Newton of Ferintosh" with "Newton Piggery" not far away. Newton is presumably a derivation of New Town where town or township is applied to a collection of properties. The same applies to “Milton or Millton” which has been applied to the properties associated with a Mill, as here at Findon. My feeling is that this area could well be where Roderick came from. The Urquhart Church on the shore near Alcaig had Glebe lands in this area. It will be interesting to hear of any support for my theory. 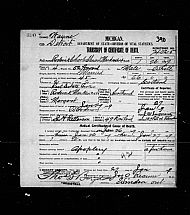 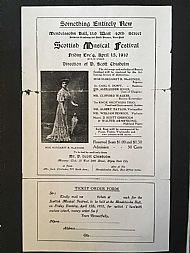 Memorial to Roderick and Margaret 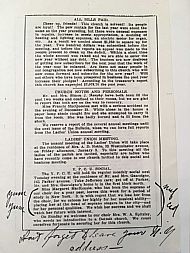 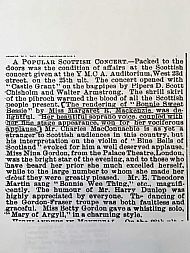 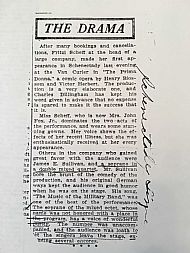 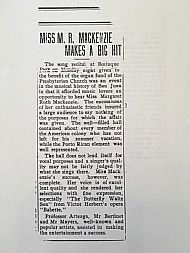