Culbokie and the surrounding areas to the east and west have memorials to those who perished in the two World Wars. In Resolis and Conon there are stone memorials whereas in Culbokie, Ferintosh and Mulbuie only brass plaques were erected. The Culbokie plaque was transferred to the new School. 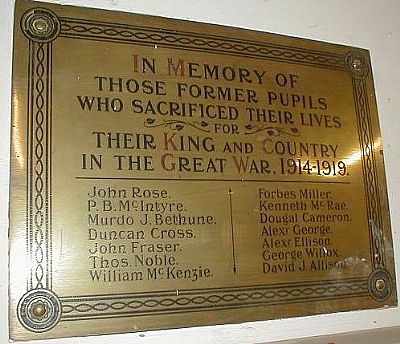 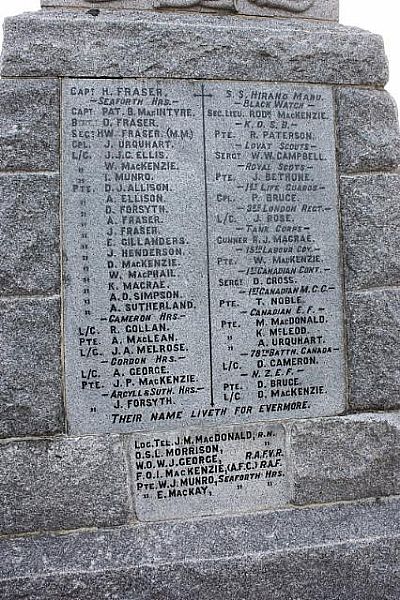 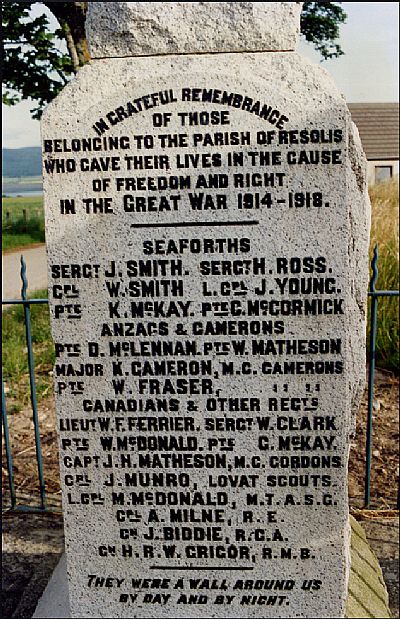 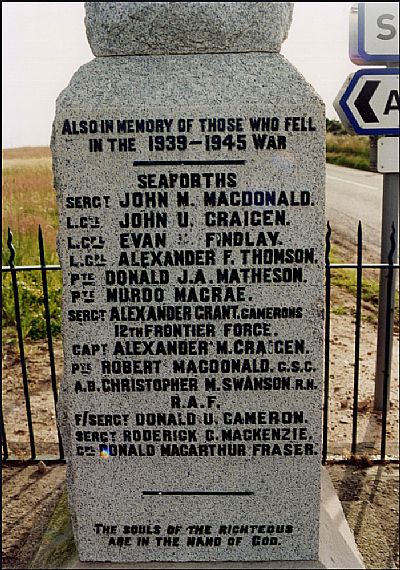 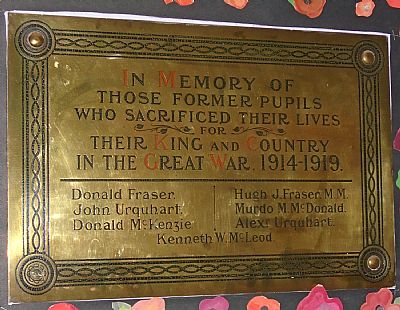 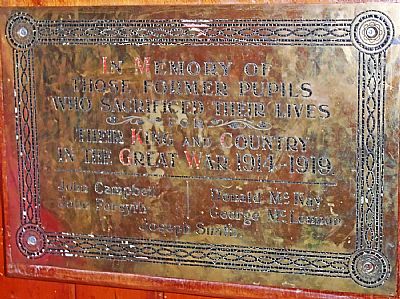 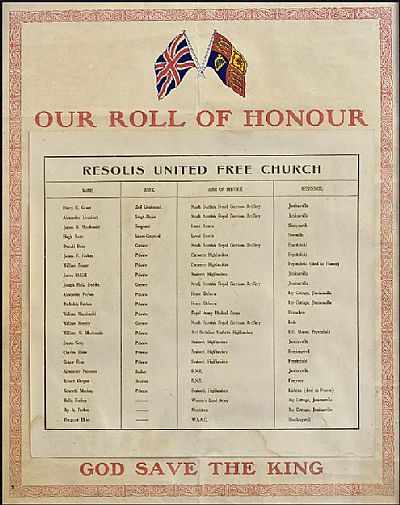 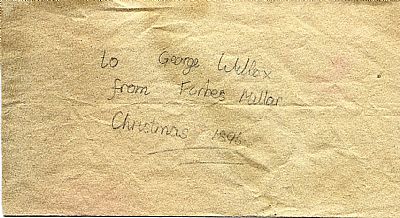 While clearing and preparing the building inside for the contractor to convert the Old Primary School into the Culbokie Church Centre I found the above piece of paper with writing between two schoolboy friends, George Willox and Forbes Miller, behind some panelling in what would have been the Headmaster's room.

The date intrigued me as it was only 22 years after the state education school opened.

The names also made me wonder what became of them but sadly I didn't have to look very far as both their lives had been cut short and had fallen during the WW1 conflict in Europe.  I found both of their names on the brass Commemorative Memorial Plaque now held in the new Culbokie Primary School across the road.

As especially this year 2018 is the 100th  anniversary of the end of WW1 we remember the two schoolboys above along with their soldier comrades who fell on the battlefield.

Enlarged versions of the above images are available in the Gallery at the foot of the page.

To aid research we have provided two spreadsheets. The spreadsheets are in Excel format and feature a "Find" facility (in top-right hand corner) to facilitate searching.

For the Culbokie School plaque and for men associated with Culbokie use this spreadsheet.

For the parish of Urquhart use this spreadsheet.

In addition you can access the obituary to Captain Pat Macintyre, Findon by clicking here  .

Our thanks are extended to Mike Rattenbury and Tony Innes, Conon for this material. 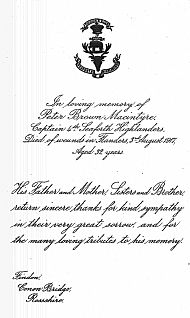 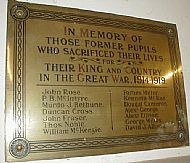 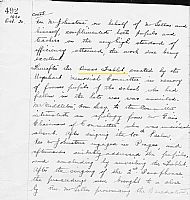 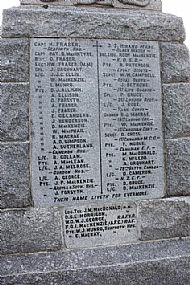 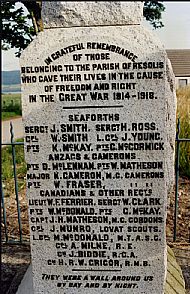 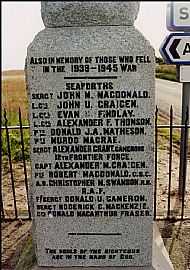