Construction of the Cromarty Bridge

Statement from the Scottish Office to a landowner whose land had been cut in half between Duncanston and Findon. Unfortunately the original document hasn't been located.

Another slant on the background to the building of the A9 across the 3 firths can be read here. "Meet the three men who protected the Highlands from a 'Dingwall Autobahn'". Added March 2022.

The History pages of CCT make for very interesting reading and I would be happy to help add information on the Findon Quarry's use in construction of the Findon Causeway.

My story is that when Betty and I got married in 1974 I had just started working with Crouch and Hogg on the Cromarty Causeways and Approach Roads contract and because of my previous marine experience was appointed Section Engineer for both the Findon and Ardullie Causeways along with the roundabout at Ardullie. I was based at Ardullie but drove around the Firth to the Findon Causeway daily probably timing it to pick up a bar lunch in the National Hotel on the way past.

I was there when Wimpey put of the 1st of many blasts in the Findon Quarry and visited the Works daily for about 15 months seeing to it that the quality of the rock being used on the causeway was what we wanted.  I remember the old pier well and could probably still locate on the ground as it is certainly well away from the causeway itself.

From memory the sequence of the A9 building works was:-

Duncanston to Ardullie (minus the Bridge) was opened in late 1975 and for some years the odd combine harvester had the Duncanston to Findon road all to itself.

Tore to Duncanston started before Cromarty Bridge as I was resident engineer  on it for a time until leaving to go down to the bridge when it started in 1977. The road over the top of the Black Isle opened before the Bridge around the back end of 1978.

In 1979 after Cromarty Bridge opened, I used to drive from Evanton to work at Kessock Bridge by going over to Tore and then going on the old road past the Kilcoy Arms to North Kessock where I then nipped into the North Kessock Approach that had been done by Bill Henderson at the same time as I was working on the Causeways.

Don went on to work on the Kessock bridge plus Kylesku and Skye Bridges. Don’s last bridge before retirement was the much-feted Queensferry crossing.

A film of the construction of the Cromarty Bridge can be viewed here.

The construction team held a 40th Anniversary party for which the attached slide show was produced. There is no commentary or labels but it is very interesting nevertheless.

The story, "The crossing of the 3 Firths", of the A9 crossing the three firths can be downloaded here.

It was sponsored by the Rogart Heritage Society and their FaceBook page can be accessed here with the story of the opening of the Bridge contributed by Caroline Lyall Hyde featured in the first photograph in the Gallery below.

One aspect that was a puzzle from the moment that the alignment of the A9 was overlaid with the 1885 25” OS map of the Findon Quarry was the fact that the construction of the A9 had not utilised the foundations of the jetty. Now that we have the advantage of communicating with the Section Engineer, Don Fraser, who supervised the construction we have the answer to the disappearance of the remains of the jetty.

The engineers/surveyors obviously felt that there was no advantage in building over the top of the jetty and so a decision had to be taken as to how to landscape the area between the new road and the jetty. In the words of Don we have the answer.

“The area between the east side of the first 200m or so of the Causeway proper to where the old sandstone pier jutted into the Firth has been infilled with unsuitable material from the roadworks and silt that was excavated from below the last 50m of the causeway to minimise settlement on the bridge approach. The seaward side of this infilled area has the same rock construction as the main causeway but was built as a small bund until meeting with the old pier. This area was originally intended as a landscaping area and John Mackay (earthworks sub-contractor to William Tawse Ltd on the Duncanston to Findon roadworks) overlaid the silt with topsoil. I was subsequently involved in overseeing the planting of the small forest that is now there and am amazed that anything is growing on that material.” The final image in the Gallery below is an attempt to show the position of the pier/jetty and clearly shows the extent of the infill planting.

Once you know what to look for it is fairly obvious from the alignment of the coastline from east to west of the causeway it is obvious that the ‘forest’ is built substantially into the Firth and appears to neatly fill the gap between the causeway and the pier.

Caroline Lyall Hyde about to cut the ribbon to open the Bridge. 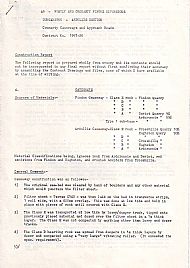 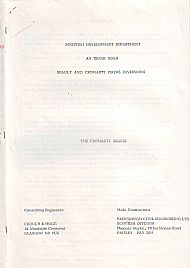 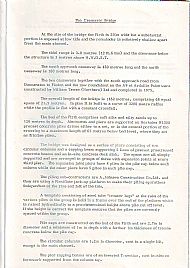 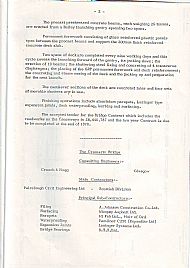 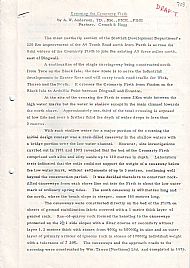 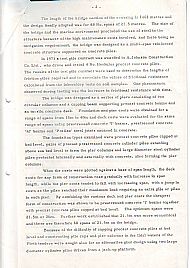 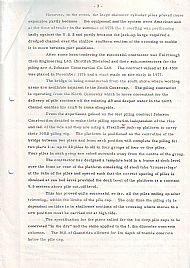 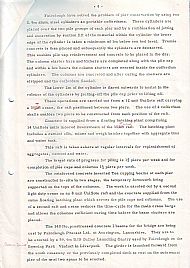 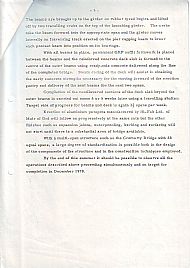 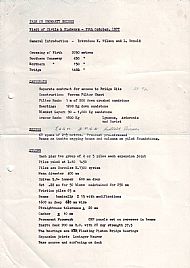 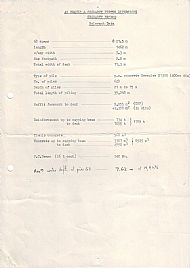 Looking south, A9 route from Duncanston down to Findon. 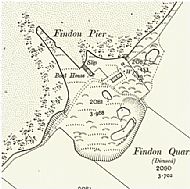 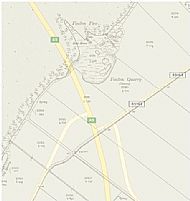 Overlay of A9 which shows that the construction didn't use the foundation of the original pier. 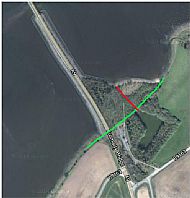 The approximate original line of the coast and the location of the pier, showing the extent of the infill and planting. 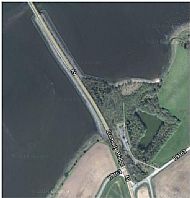 View looking towards Findon Mains across the exit from the quarry, showing the extent of the infill hiding the old pier. 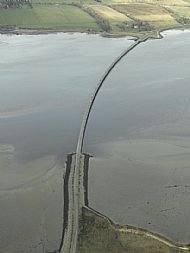 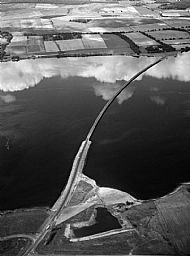 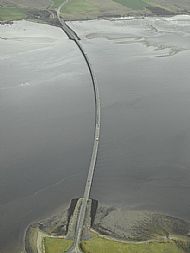 Looking across to Dingwall with the quarry bottom left-hand corner with no evidence of original jetty.

Earlier stages of the infill between the Causeway and the old pier. 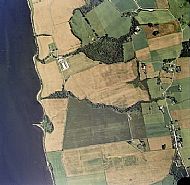 The trees to the immediate left of the bridge are as the result of the infill and planting between the causeway and the old pier/jetty. 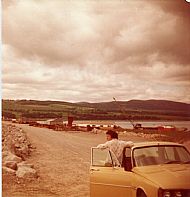 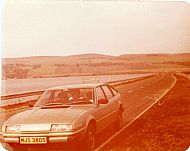 The approach to the bridge.