The Pantomime Group was set up in 2013 with three aims. Firstly, to provide a focus for the village. Apart from the summer Gathering, there was no platform where the entire population could meet to enjoy themselves. The group was happy to welcome all ages, sexes and particularly disabilities. Talent was a bonus but definitely not a requirement.

Secondly, we wished to assist the village hall. Initially we received a welcome grant from the Community Council but, by becoming part of the Hall set up, we could apply for Lottery Funding. This enabled us to extend the stage, buy lighting and the control panel. Curtains were donated.

Thirdly, we wanted to have fun. From an initial attendance of four, we quickly swelled to over thirty including a wonderful and creative Stage Manager, Andy Scott and an equally brilliant Costume Mistress, Ann MacCulloch. Sheena Young wrote and directed the first three pantos and as soon as she recognized the growing strengths and confidence of the members, she handed over the reins to the members.

Interestingly, among those early nervous, quivering attendants at the first meeting, "I'll come and give a hand but no way am I going on the stage!" are to-day's writers and directors.  So I think we did have fun.

There are photographs of the 2016 panto "Robbie McHood and Men in Kilts" and the 2017 panto "Aladdin and the Pirates of Cromarty bay" in the gallery at the foot of the page, plus just one photograph of the first panto in 2013 "Babes in the Culbokie Woods".

The 2016 panto has been loaded onto YouTube so if you have a spare 1 hour 34 minutes to spare you can find it here.

Snow White and the quest for the golden tattie was 2018's panto. Pictures are available in the Gallery below. 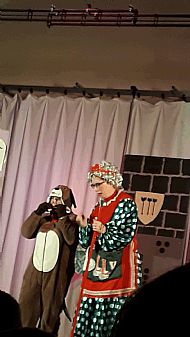 2018 Snow White and the quest for the golden tattie 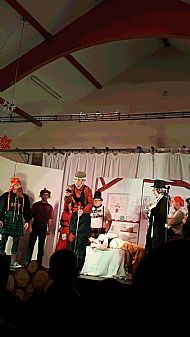 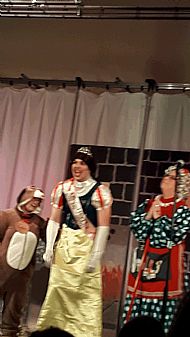 2016 Robbie McHood and Men in Kilts 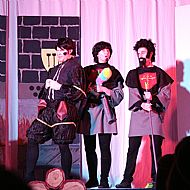 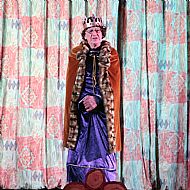 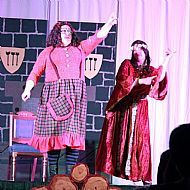 2017 Aladdin and the Pirates of Cromarty Bay 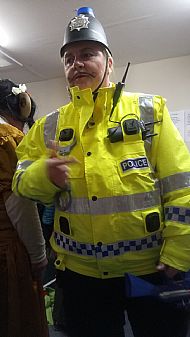 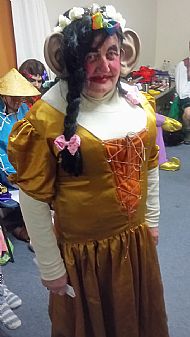 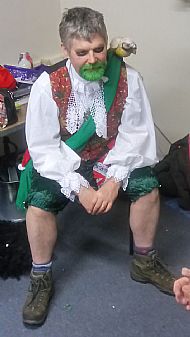