We are called Culbokie Social Badminton Club, open to those age 16 and over. The club was started by Sheila Robinson, Carolyn Morrison and Lesley Robb in December 2012 at a meeting in the pub! We had previously had a conversation one evening at an event in the school and we all agreed that there was a need for a badminton club in the village. As the original Culbokie Badminton Club members had moved to play in Fortrose, the hall was free for us to set up our club on a Monday night. We advertised in Noticeboard magazine and at the village shop noticeboard and had a huge positive response of 23 people, originally playing on two nights a week starting in January 2013. We now are down to a hard core of about 12 playing from 7.30 till 9.30pm, September till the end of April on Monday nights in Findon Hall.

We play table tennis when off court in the committee room which is equally if not more competitive than the badminton.....we are planning to purchase a dartboard to position near the stage. 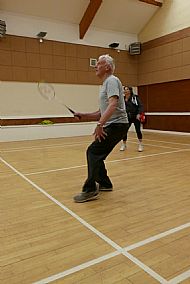 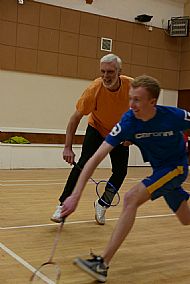 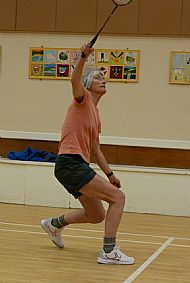 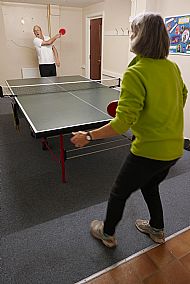