Refer to the Gallery for a report that appeared in the Ross-shire Journal, date unknown. The scanning quality is poor as the cutting was protected with cling film!

The text provides us with some of the missing names from the reverse of the postcard for the pre-1945 team. It reads as; "In pre-war and immediate post-war years, the shout "Heave Culbokie" was a faniliar one at Highland Games and Farmers' Shows throughout the North, as the Culbokie tug o' war team ruled supreme. For three years in pre-war days, the team was the undefeated champions of the Northm their greatest honour coming when they pulled the famous Bells team at the Elgin Show. The team was : Back row (left to right): J. Mackenzie, C. Elder, J.Young, A. Mackay, C. Ross, J. Mackay and J. Dingwall. Front row: W. A. Ross, C. Maclennan (sole survivor), J. Fowler (Captain), R. Ross and H. Maclennan. 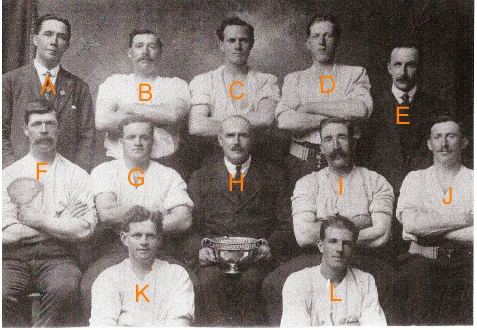 The photograph is attributed to Thomson. Unfortunately a second copy of the photograph that has come to hand wasn't dated but working on the known age of the Vice-President it appears to confirm a date within the 1920s. 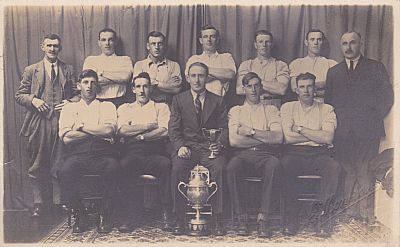 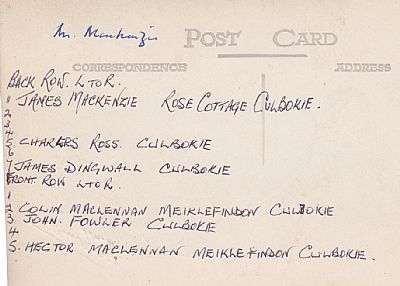 Once again we are grateful to Jane Mackenzie for this postcard of a tug of war team prior to 1945. So we would be grateful if anyone can fill in the missing identities and clarify the date. Since posting this we now have the names - see opening paragraph above. 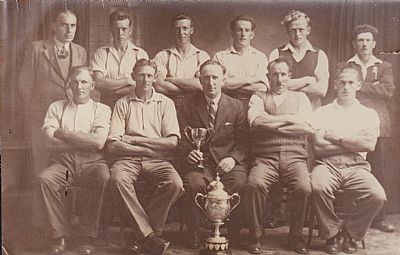 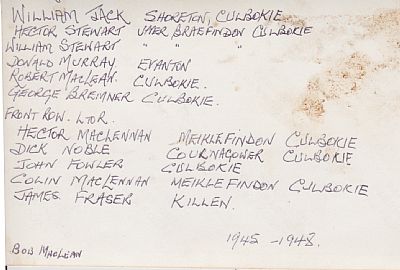 The above postcard, again from Jane Mackenzie, is dated 1945 - 1948.  No gaps with identities this time thanks to Bob MacLean standing 2nd from the right now residing in Conon. 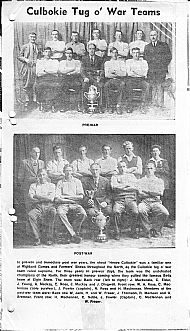