The oldest recorded form of the names seems to have been Cnocvisan. The first element is cnoc, Gaelic for hillock or small hill. The second element visan might be from gaelic mhiosan = 'of months', but I do not feel that this is a very likely solution.  A further thought re Knockvisan, as an alternative version of the name in 1764 and 1768 may be due to an alternative plural form from mios / meas  ('fruit') as miosachan / measachan for 'fruits'.   The -achan ending may also alternatively be a diminutive for 'little/small fruits'. The initial  m has an  aspirated form mh (pronounced as English v) which would indicate a genitive plural form, e.g. meaning ‘of small fruits’.   The common local small fruits include raspberries, blackberries, and maybe blaeberries, growing here on a knoll of rough and hence uncultivated ground.

We are very aware that the interpretation of Gaelic place-names depends very much on the researcher. We would be delighted to hear of other interpretations via history@culbokiect.org.

1.) CNOCMISAN- The oldest way to spell the word

2.) KNOCKVISICHAN- The place where Catherine McRae Urquhart and William Urquhart's children were born. 1764, 1768. (Spelling of place name the same on both records written 4 years apart.)
3.) KNOCKMISAN- spelling of the Place William Urquhart’s children were born and his homestead, kiln and kiln field were documented in an aerial view as seen on the 1769 Map of the Estate and Barony of Findon.

*On this 1769 Estate map, just above the place name, KNOCKMISAN, a bit to the right, you find the place name BALAWOCHAR or BALWOCHAR,   Note: BAL(A)WOCHAR may be another attempt to render Bail’ Uachdarach by someone who cannot write Gaelic.

BALUACHRACH - “This name is given in Watson’s, Place Names of Ross and Cromarty, known only by the older generation.    Not shown on the 1906 edition of OS maps.” rossandcromartyheritage.org (Info.Under Ferintosh-Place Names,) Watson

5.) BALNACHRACH - “Now known as Findon Mills. It was suggested that there was a clay pit quite near.” rossandcromartyheritage.org (Info.Under Ferintosh-Place Names,) Watson

6) BALUACHNACH - The name given for the place where William Urquhart’s thatched one story Homestead still stood, as did thatched outbuildings, but the Kiln/Kilnfield is not mentioned. The proprietor of the property was Capt. James D. Mackenzie, Mountgerald by Dingwall. Ordnance Survey of 1870. 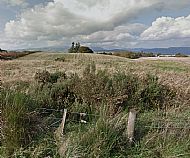 Is this the hillock of small fruits? 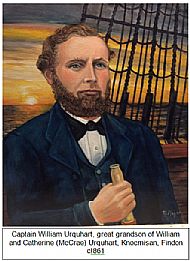